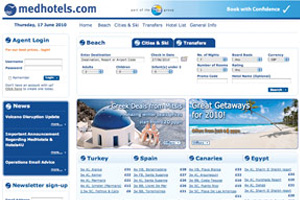 Widespread industry support for an appeal over the VAT ruling in the Medhotels/Secret Hotels case has increased the chances of a Supreme Court hearing, according to a senior industry lawyer.

The case, brought by HM Revenue and Customs, hinged on whether the company acted as an agent or principal between late 2004 and June 2007.

TravLaw senior partner Stephen Mason said: “One of the grounds for appeal is that there should be a general point of interest. The appellant needs to show the appeal is not only important to them, but that it is of general importance.

“The amount of industry support has demonstrated there is a point of wider interest. It may well be that the odds have improved.”

The company lost an initial hearing in a First-Tier Tribunal in 2009, won an appeal to an Upper Tribunal (High Court) in 2011, but then lost in the Appeal Court.

Mason said: “The last two decisions show a philosophically opposed view of what constitutes agency. The Appeal Court said you are only an agent if everything you do is consistent with agency. The High Court said if you call yourself an agent, and it is not a fraud, you are an agent.

“The Supreme Court settles the law on any point of difficulty.”

The appeal request must go first to the Court of Appeal before being passed to the Supreme Court. A decision from the latter is expected by March.