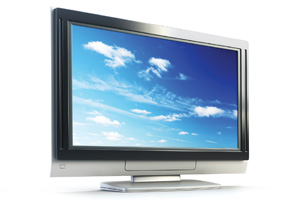 The top brands in travel pulled out all the stops for their TV advertising over the peak booking period – but which was the most effective? Marketing guru Steve Dunne, executive chairman of the Brighter Group, casts his expert eye over six of this year’s small screen ads

Virgin Atlantic – Fly in The Face of Ordinary ****

When it comes to marketing you can always rely on Virgin Atlantic to do something different – and always with a sense of style. According to Richard Branson “people are at the heart of Virgin Atlantic and this campaign celebrates them.” Here imagery, music and the theme are inexorably linked to the Virgin ethos. This meets two of the biggest advertising challenges: being ‘uncopyable’ and underlining the brand. No other airline can occupy the Virgin Atlantic space and you won’t forget who ran this ad.

Kuoni – Your Special Occasion, Your Holiday

Kuoni is advertising on TV for the first time and it is an impressive debut. The theme of the series, ‘Special Occasions’, will definitely resonate with distinct audience segments and there is an inherent call to action for those planning honeymoons and big birthday trips. Naturally the imagery tells it all, supplemented by haunting music. My only slight concern is the call to action – would you remember the brand name Kuoni when being encouraged to travel? Or would you easily be switch-sold at the point of transaction? That’s the test for me – but it is still a good campaign.

I like the Thomson ad series very much. The leap from nostalgic holiday film footage, when travel to Spain was deemed exotic, to the modern holiday resorts is done very well. The music fits the classic and modern imagery perfectly and the Thomson branding is subtle but at the same time very strong. I suspect the phrase ‘Thomson hotels are handpicked by us and designed around you’ will resonate with the audience. The campaign may not be as inspirational as others playing presently but, all round, this is a winning series.

When it comes to television advertising I fear Thomas Cook still has some way to go to catch up with the rest. Its Thomas Cook bus ad harks back to holiday advertising of another era and, rather than inspiring, seems to be aimed at an audience motivated by other things entirely. The set and the music are straight off the TV comedy series Benidorm and the ad finishes on a discount price note – the very opposite of Thomson and Kuoni. The saving grace is the use of the reassuringly familiar strapline ‘Don’t just book it, Thomas Cook it’. All round a disappointing effort.

Another good TV advertisement from the sector. I particularly like the spoiler alert at the start ‘Warning, if you are prone to feelings of intense jealousy look away now’. The narrator, the script, the music and the imagery work together perfectly and, I imagine, it would have many people putting a cruise on their shopping list for holidays, particularly when the figure “from £599” is quoted, which makes the possibility of “exploring the world in comfort and style” seem accessible. Overall, the feel of the ad will appeal to the target audience.

This is Carnival’s first foray into the world of British TV advertising – and what a superb debut. The narrator hits every button for the audience – “Ah Britain, land of rain, queues and contraflow systems”. The imagery of a downtrodden couple and their kids, stuck in traffic, supermarkets and dining rooms with a Switch on Fun button placed in strategic positions is superb – and the contrast after the narrator says “well people, our ship has come in” and scenes of fun on board ship are excellent. It’s different to P&O but just as effective at making cruising seem desirable and achievable for those yet to cruise.