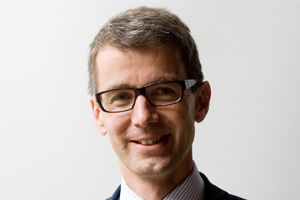 Tourism cannot escape the consequences of rapid growth and the implication for sustainability, says Martin Barth of the World Tourism Forum Lucerne

Tourism is among the world’s fastest growing industries and the coming years are certain to see this expansion continue.

According to the United Nations World Tourism Organisation (UNWTO), last year saw international arrivals exceed one billion for the first time. That total was reached on December 13, 2012.

By the year 2030, the UNWTO predicts this figure will almost double to 1.8 billion.

This impressive growth will be due mainly to the number of tourism arrivals from Asia, in general, and from China in particular. In 2010, 3.8 million Chinese travellers visited Europe; by 2020 it will be 15 million.

The International Air Transport Association (Iata) predicts the next four years will see 800 million new passengers – one quarter of them from China.

Growth in the global travel market will shift from the west (Europe included) to the east.

In the foreseeable future, China is set to generate by far the most tourists, taking over from the US and Germany.

The UNWTO predicts the next three to four years will see the number of Chinese travelling abroad reach 100 million annually.

These predictions pose enormous challenges for the sector and raise the question – are we prepared for the huge growth in Chinese tourism?

The answer is that, in all probability, we are not. Why? Because we always assume Chinese tourists travel only in groups, travel by bus and are interested mainly in shopping.

The reality is that in 10 years’ time the next generation of Chinese will earn double the current generation.

They will be better educated and more interested in other aspects of the countries they visit, such as traditions, customs and culture.

For Europe this represents not only challenges, but also chances.

There is a contradiction in such travel expansion on the one hand and the industry’s self-declared sustainable development on the other.

Europe in general should give careful consideration to whether quantity or quality is the paramount priority.

I am inclined to opt for quality – a quality characterised by self-definition, regional culture and singularity, as well as by purpose and recognition.

In any event, the industry will not be able to ignore entirely the effects of travel expansion.

Everybody wants a share of the larger cake. But we are confronted with the consequences of climate change and global warming, and ever-increasing CO2 emissions.

If we are to tackle these problems seriously, then committed and concerted effort will be required. It is not enough to lay the blame at the door of one party or the other, or simply pass the buck to another business sector.

Business, politics, science and the world of finance must together face the challenge of finding new sustainable solutions. And that is the mission of the World Tourism Forum Lucerne.

This biennial event brings together international chief executives, experts and leading figures from the worlds of business, finance, politics and science, to discuss forward-looking formulas – not only for but also with the next generation.

The World Tourism Forum is on April 17-19 and the WTF is offering a discount of 15% on the cost of attendance to those registering by Friday January 18. ‘Young talents’ in the industry can attend for less than half price