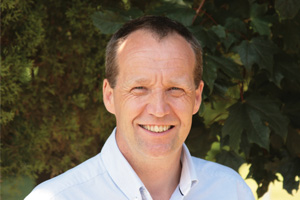 The travel industry could do more to promote the health benefits of vacations, said Kuoni’s managing director at an event unveiling the results of its Holiday Health Experiment.

“Maybe as an industry we should do much more to promote the health benefits of holidays,” Jones told Travel Weekly.

The launch followed a year-long study into physical and mental health before, during and after three different types of holiday, done in partnership between Kuoni and health charity Nuffield Health.

Jones explained that Kuoni decided to take part in the research because it was something outside of the norm.

“A part of me thinks that as a leading brand within the industry, it’s something we should be involved in,” he said. “It’s outside of the day-to-day.”

Jones explained that the experiment had set out to discover the reality behind the truism that holidays are good for people’s wellbeing, although he acknowledged that as the research only looked at 12 people, it was “not statistically significant” and “probably not broad enough to draw any scientific conclusions”.

In terms of how the research would inform Kuoni’s business, Jones said that he would be looking at the public and media reaction to the findings before seeing how it could be put to use.

However, he said that any information from the research would be put back “into a relationship rather than transactions”.

“It’s not about making transactions when selling a holiday, it’s about building that relationship, and so we have a new understanding of how we can better train our staff,” said Jones.