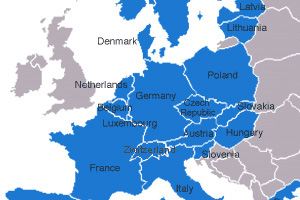 The UK is being urged to adopt the Schengen visa system offering borderless travel across 26 European countries.

The WTTC argues that this is “just one small step” and the UK is missing out on too many vital tourists from emerging superpowers such as China.

Scowsill said: “The UK’s restrictive visa policies are making the UK uncompetitive and the UK government now needs to loosen visa bureaucracy for other emerging markets like China.

“China’s economy is growing faster than any other. Yet, the UK is currently losing out on thousands of Chinese tourists to our nearby neighbours because Chinese tourists face higher fees and have to complete a longer application form than if they want to visit most other countries in Europe.

“It’s time for Britain to become part of the Schengen system that offers Chinese visitors the chance to visit 26 countries in Europe on a single visa.”

“Mr Cameron’s promise to loosen visa bureaucracy in India is all well and good, but if he really wants to make a difference to Britain’s economy and create jobs, he needs to fundamentally reform visa policies for booming economies like China too,” he said.