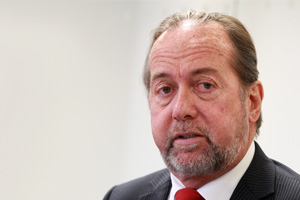 Speaking at a Carnival UK round-table hosted by Travel Weekly last week, the veteran retailer revealed how he had successfully re-engineered his business after the operator cut base commission to 5% in 2011.

The debate was a first opportunity for new Carnival chief commercial officer Gerard Tempest to meet with travel agents in a trade forum after taking up his post in December.

Bath is joint managing director of Bath Travel, which has 60 stores and is a major seller of cruise holidays, particularly for UK market leader P&O Cruises.

He said that in his 35 years in the industry, he had seen commission “go up and up, and then down”, and was hopeful that it would rise again.

Bath revealed the cuts last year lost his business £1 million and he was forced to change the way he pays his staff to link their earnings to commission earned.

The round-table also heard from Giles Hawke, Carnival UK sales and customer services director, who said some agents, despite earning only 5%, were still discounting.

But he praised those agents who were reaping the rewards for being adaptable and changing their business models.

“We are seeing more business coming from individual outlets than in the past,” he said.

“People who have got a USP, good service, good routes to market are doing really well. People who are trying to sell cheaper than you are are the ones who are getting squeezed.”

He added that agents who “add value into the mix” are the future of retailing.