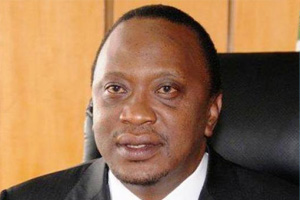 A leading member of Kenya’s tourism industry has welcomed confirmation of the recent election result as a boost despite the new president facing charges in the International Criminal Court.

Kenya’s Supreme Court upheld the election of Uhuru Kenyatta (pictured) as president in a decision last week, rejecting challenges to the poll result on March 4.

Mikey Carr-Hartley, owner of The Safari Collection in the country, said: “The election outcome provides certainty for Kenya’s future.”

The court ruled the election “free and fair” despite an appeal by principal defeated challenger Prime Minister Raila Odinga, who claimed polling irregularities and called for fresh elections.

Odinga was the defeated candidate in the last election in December 2007 when he also challenged the result.

Serious violence in the aftermath of the 2007 election left more than 1,200 people dead.

The charges against Kenyatta and running mate William Ruto in the International Criminal Court stem from the post-election violence in 2007-08.

The two men are among six accused of crimes against humanity. Their trials are due to begin this year.

However, Carr-Hartley insisted: “These elections have shown Kenya is maturing as a democracy.

“This bodes well for tourism in the region and for the safety and security of all those visiting.”

The election result showed Kenyatta the winner with just over 50% of the vote, allowing him to avoid a run-off against Odina by a small margin. Kenyatta is due to be sworn in as president next week.

Tourism to Kenya has suffered from the threat of violence and fear of terrorism, along with the impact of financial crisis and recession in Europe.

Yet Carr-Hartley said: “Kenya offers one of the most diverse of African experiences – from vibrant city living to the most beautiful game safaris.”