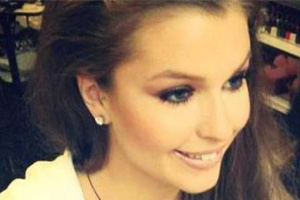 A Dutch tourist has reportedly confessed to killing a British fitness instructor on a Kashmir houseboat.

Richard De Wit, 43, from Holland, was arrested in the early hours of Saturday after he fled the New Beauty houseboat where 24-year-old Sarah Groves (pictured) from Guernsey was found dead.

He had been under the influence of cannabis or heroin, Indian police said.

He appeared before a magistrate in Srinagar yesterday and was formally accused of her murder.

Miss Groves had been staying on the boat for two months after beginning a relationship with the owner’s son while on holiday in Goa, the Daily Telegraph reported.

She was found dead by sons of the houseboat’s owner after their mother heard noises in the lake at around 2.30am on Saturday.

“He has confessed but he has not given any details,” he said.