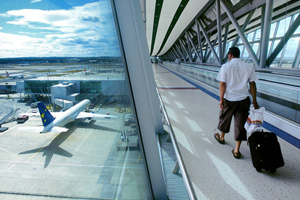 The Civil Aviation Authority has confirmed plans to change the way airlines are charged for using London’s three main airports.

The regulator is to cap charges at Heathrow for five years from this month and introduce more flexible price controls at Gatwick and Stansted.

The proposals will mean airlines will be charged far less for using Heathrow, Gatwick and Stansted airports from 2014-19 than they were for the 2009-14 period.

Andrew Haines, CAA chief executive, said: “Protecting consumers and improving their experience is the core focus of our regulatory decision making. Few passengers flying from Heathrow, Gatwick and Stansted fail to notice their differences, so it should be no surprise that our regulatory approach also differs at each airport.

“The proposals we publish today reflect their individual circumstances, ensure passengers are protected when they travel, and allow for continuing improvements in service and competition.”

The CAA said: “Because Gatwick’s market power is weaker than Heathrow’s, the CAA would like to implement a flexible regulatory approach that is based upon price and service quality commitments agreed between Gatwick and their airline customers, underpinned by a licence from the CAA.”

However, if the airport could not come to an agreement with the airlines, the CAA will impose a price cap for five years.

The regulator said Stansted was likely to grow between 2014 and 2019 due to squeezed capacity at other airports. Regulation at Stansted will take the form of CAA monitoring price and service quality.

“This will ensure that users are protected while minimising the regulatory burden on airport and airlines. However, the CAA may impose more detailed regulation unless prices at Stansted reduce over time.”

Gatwick slammed the proposals for failing to free the airport from regulation. Stewart Wingate, chief executive, said: “The CAA should be removing the regulatory barriers to growth, better services and more choice, not imposing more of them.

“We believe economic regulation is bad for passengers, airlines and the airport. It adds significant cost, which in turn gets passed onto our passengers through higher charges.

“We also believe that the CAA’s suggested regulated price control level of RPI +1% over five years is too demanding on the airport and would reduce our ability to invest. We believe this price level is based on unrealistic CAA assumptions, including on traffic growth, efficiency gains and financing.”

Heathrow said the cap on charges could damage customer service.

“Our first impression is that a 5.35% return on capital will put passenger service at risk by not attracting the necessary investment in Heathrow for the short, medium and long term. We, and everyone interested in the health of our country’s transportation infrastructure, must consider whether this is a risk worth taking,” it said.