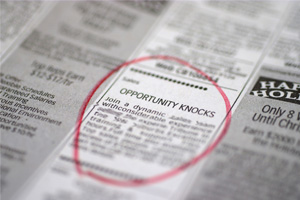 New data has revealed the number of travel job vacancies and candidates increased in May, while salary levels fell by 7.36%.

The Travel Salary Index revealed that May was the best year for vacancies, with the highest number of jobs available since September 2012. It was also a good month for the number of candidates for the roles, the highest since March last year.

But while vacancy numbers were up, the average salary has dropped by just over 7% to £25,171.

C&M Recruitment Consultancyand Chisholm & Moore Executive Recruitment, who compiled the data, said the drop in salary was mainly caused by a reduction in higher-paid executive roles.

May was the first month this year to see an annual fall in new travel job salaries, with an annual reduction of 0.4% – the equivalent of £102.

Barbara Kolosinska, sales director at C&M Recruitment Consultancy, said: “It’s great to see such a large rise in the number of candidates registering for travel vacancies in May, and it’s even more encouraging to see so many travel companies looking to recruit more staff.

“The second half of the year is typically busier for the travel recruitment industry, so it’s a fantastic sign to see so much activity in the early summer.”

Referring to the in salaries, Kolosinska said: “There’s no denying that May’s figures are disappointing when compared to the past few months, but it’s worth remembering that April’s figure was at a near-record high.

“So far, average travel salaries in 2013 have been incredibly encouraging and there is no reason to think that the second half of the year should be any less impressive than the first.”

The data is based on all new vacancies registered at the companies.