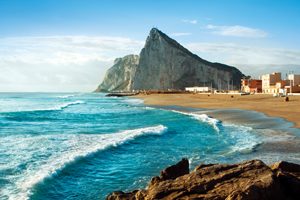 Spain is considering a €50 border crossing fee and the closure of airspace for aircraft flying to Gibraltar airport amid rising tensions over the British territory.

Spanish foreign minister Jose Manuel Garcia-Margallo told Spain’s ABC newspaper that tax investigations into thousands of Gibraltarians who own property in Spain could also be launched.

The comments come after recent “disproportionate checks” at the border between Gibraltar and Spain, which saw some people waiting up to seven hours in sweltering heat.

Gibraltar has complained to the European Commission, saying the checks violate EU rules on free circulation.

The Foreign & Commonwealth Office yesterday called for a political answer to the current situation, looking to continue the UK’s strong relationship with Spain.

The FCO said: “The prime minister has made clear that the UK government will meet its constitutional commitments to the people of Gibraltar and will not compromise on sovereignty.

“Our differences with Spain on Gibraltar will be resolved by political means through our relationship as EU partners, not through disproportionate measures such as the border delays we have seen over the past week.

“We have many common interests with Spain and wish to continue to have a strong relationship at every level with the government of Spain.”

It added: “We will be seeking an explanation from Spain following reports that the Spanish government might target Gibraltar with further measures.”

Gibraltar’s chief minister Fabian Picardo said: “People in Gibraltar will no doubt remain very calm in light of the continued provocations which have appeared in the Spanish press this weekend.

“Sabre rattling and threatening of the sort attributed to Senor Margallo do nothing for the establishment of strong cross-frontier relations.”