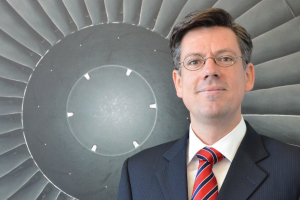 Cook moved the pair into a single airline division early this year, but details of its plans are only now emerging.

Condor ceased operating as a charter carrier years ago. In 2004 it transformed from serving Cook’s German tour-operator programme (and making a loss) to combining seat-only direct sales with in‑house and third-party flying (and turning a profit).

Initially this meant a focus on price, especially on short-haul routes. But Condor also expanded its long-haul programme.

Most significantly, in a departure for a charter business, it developed Frankfurt as a hub using partner airlines to feed traffic to long‑haul flights. In other words, it adopted the model of a traditional scheduled carrier.

Jens Boyd (pictured), Thomas Cook Airlines Group head of long-haul, said: “It was decided to split the airline and tour operator and make them independently profitable.”

Now a similar process is under way at Thomas Cook Airlines (UK).

Boyd said there is “a different strategy for long-haul” which includes developing Manchester as a hub alongside Frankfurt.

Gatwick will take a subordinate role, with direct flights available to a limited number of long-haul destinations.Boyd told Travel Weekly: “Short and medium-haul flights will remain point to point from eight to 10 UK airports, and we’ll continue to operate point to point from Gatwick, Manchester and Glasgow to destinations such as Orlando and Cancun.”

However, Cook’s long-haul operation from Manchester will develop like that at Frankfurt.

“Gatwick has no connectivity and Glasgow is limited [for connecting flights]. This restricts us. Only Manchester has decent European feed.”

Cook will use Flybe to bring passengers from across the UK to Manchester to board long-haul flights. The pair recently signed an interline deal. Boyd said: “The entire Flybe domestic network operates into Manchester.”

But the connectivity won’t end there. Boyd said: “Step by step we are establishing relations with other European carriers.”

Manchester is not about to supplant Frankfurt. On the contrary, Condor’s network from Frankfurt dwarfs Cook’s UK operation.

“We operate two long-haul aircraft out of Manchester in winter and four in summer,” said Boyd. “At Frankfurt, we have 12 operating year-round and fly to all continents except Australia.”

Instead, UK passengers will be offered connections via Germany. “We’ll be able to offer more flexibility,” said Boyd. “If there is strong point-to-point demand [from the UK] we’ll maintain a route. People won’t want to fly to Canada via Frankfurt, but why not Cape Town or Bangkok?”

The first stage is already under way: “We are aligning long-haul schedules in Manchester and Frankfurt. Where we have four flights a week from Manchester to Cancun and three from Frankfurt we’re realigning the schedule so we fly once a day. Then if someone [from Manchester] does not want seven or 14 nights they can fly back via Frankfurt [with a connecting flight on Lufthansa].”

Condor’s schedule at Frankfurt is based on connection times. Long-haul flights depart at 11.00-13.00, allowing passengers to connect from all over Europe.