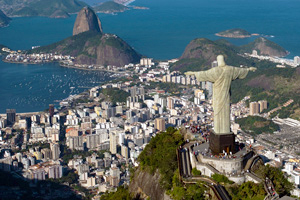 Hosting the Confederations Cup football tournament helped boost international tourist income to Brazil to record levels in the first half of the year.

The figures show an increase of 9.6% based on the same volume of reals spent by inbound tourists in the first half of last year.

A further £4 million is expected to have been generated last month with Brazil hosting World Youth Day.

“We were already breaking the annual record if we considered the results up to May, but, undoubtedly, the Confederations Cup contributed a lot to this performance, not only as a result of spending on match days, but also as a result of the visibility that the country is gaining.

Brazil attracted 5.7 million international visitors last year and projects a rise to a record 6 million in 2013.