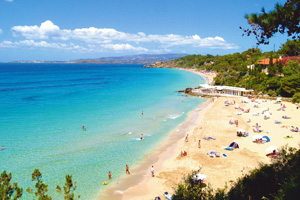 Mark Warner is on course to exceed last year’s profit levels on the back of a sharp rise in bookings to Greece.

The operator, which has four of its eight beach resorts in the country, has seen particular demand for Rhodes and Lemnos this summer.

Marketing director Tim Locke told the Mail on Sunday he expects even stronger figures this year. “People aren’t being put off by the financial situation and in fact demand for Greece is bigger than ever,” he said.

Sunvil Holidays director Dudley der Parthog estimated that revenues were up by 20% on last year. “Greece has gone back to pre-2008 levels, which is really quite remarkable,” he told the newspaper.

“There was a toxic cocktail which meant people were put off coming last year. But that’s led to pent-up demand which, when you factor in the problems in North Africa, means that everything is turning out much better for Greece this year.

“Greek bars and restaurants understand the sitation so they have reduced prices and are good value – you can still enjoy a full meal with wine for €15,” he added.

Tui Travel chief executive Peter Long said: “Markets like Greece recovered really quickly and business is now strong. These countries will always be popular and now are seen as offering great value too.”

Long outlined a resurgence in all-inclusive holidays and voiced confidence in the Boeing 787 Dreamliner despite technical issues which have dogged the new generation aircraft type.

“Yes, it’s had a few teething problems, but Boeing are a global business, they’ll fix it and they are fixing it,” he said.

“So, fingers crossed there won’t be any more minor technical disruptions and we can just get on with enjoying it. We bought these some time ago so it gives us real competitive advantage.”