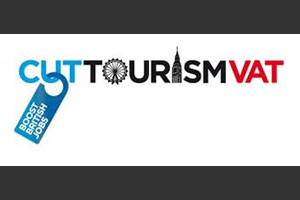 A turnaround in visitor numbers to Ireland following a cut in VAT is being seen as a model the UK should adopt.

Latest figures show that 1.77 million visitors travelled to Ireland between March and May this year. Of these, 726,000 were from the UK – an increase of almost 6% over last year.

Soaring visitor numbers across the Irish Sea follow an adjustment in the VAT rate for holidays from 13.5% to 9%. This has also helped create 10,000 new jobs in the industry and 3,000 in the supply chain.

Now a growing number of disgruntled operators in the UK are demanding similar assistance to ease the slump in the British travel market.

The UK’s 20% VAT rate, among the highest in Europe, is adding hundreds of pounds to the average family holiday in the UK and forcing more and more operators to leave the industry, the Cut Tourism VAT campaign led by the British Hospitality Association warns.

Irish Hotels Federation president Michael Vaughan said:: “The government’s decision to reduce VAT, albeit by a small percentage in July 2011, has provided a vital stimulus for hotels and guesthouses.”

Cut Tourism VAT campaign chairman Graham Wason said: “These latest figures clearly show the positive impact that a reduced rate of tourism VAT can have on the economy.

“Whilst the UK tourism sector struggles under a 20% rate, the Republic of Ireland has taken advantage of a lower rate to increase its visitor numbers and new jobs.

“Hard-working British families have to look to get the most value from every holiday pound they spend, and the UK’s high tourism VAT encourages them to take a break abroad in Ireland, France or elsewhere in Europe.”

Janice Gault, chief executive of the Northern Ireland Hotels Federation said: “The lower rate of tourism VAT in the Republic of Ireland is a particular challenge for hotels in Northern Ireland.

“Our hotels offer excellent quality and value for money, but we struggle to compete against hotels on the other side of the border which charge less than half the UK rate of VAT for visitor accommodation.

“The UK government needs to recognise the value of our industry and help us compete on a level-playing field within Europe.”