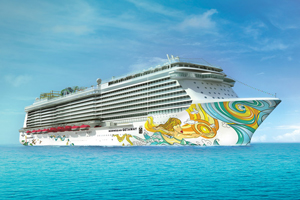 Business development director Nick Wilkinson said the decision to offer the extra commission was made to show the line’s support of agents.

The bonus is also available on Norwegian Getaway sailings between January 16 and April 26.

“The time is right to offer this,” he said. “I think agents will be pleased that Norwegian is supporting them wholeheartedly. We are always looking to see what the agents need and want.

“It’s not always about base commission – it’s the added extras that we offer our agents.”

Norwegian cut commission to 10% in January and already offers a 1% bonus commission per passenger for new bookings that are sourced online, as well as an additional 1% per passenger if the service charge is pre-paid.

Wilkinson said the cruise line’s new destination campaign, which launched last month, was another example of Norwegian’s support for the trade. The campaign will highlight a different destination each month and give agents selling tips.