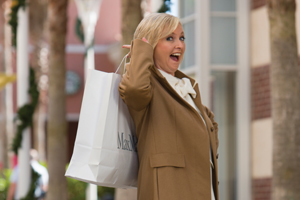 It is no exaggeration to say Travel Weekly’s Cover Stars trip helped Brenda Proud get over one of the most traumatic periods of her life.

In March 2012, the mum-of-two underwent a hysterectomy – the first major operation of her life – and then picked up an infection which left her needing a blood transfusion.

The recovery time was far from the 12 weeks doctors had told her – it took nearly a year for her to feel fully back to normal and the operation took its toll, shattering her day-to-day confidence and ability to muliti-task as a homeworker, wife and mum of two boys.

So when in September last year, the Cover Stars trip to Orlando was advertised, Brenda couldn’t help thinking what a boost a photoshoot, makeover and trip to Universal Orlando Resort and Premium Shopping Outlets would be for her, particularly as a Harry Potter fan and shopaholic.

At the time she thought it was a pipe-dream.

“I thought I’d never win it so I put it one side,” said Brenda. “But I kept glancing at it and one day I was on a downer and thought ‘what have I got to lose’?”

“I had been through such a rough time. The operation had floored me, my memory had been affected, it took all my energy and I was under pressure to work as we needed my wages but my confidence had also been shattered,” recalled Brenda.

Winning a place on the Coverstars trip – thanks in part to support from clients and family who encouraged others to vote for her – was in itself a huge confidence-booster, said Brenda.

“When your confidence is low, to have so much support was overwhelming. I couldn’t believe it,” she admitted.

Her many highlights of the trip ranged from The Wizarding World of Harry Potter to the chance to wear a stunning Max Mara outfit.

“I was frightened to put it on; I nearly fainted when I saw the price tag! The clothes made me feel a million dollars!” she said.

It is obvious Brenda is not exaggerating when she describes the trip as one of the best weeks she’s ever had.

“Applying to be a coverstar was one of the best decisions I’ve ever made. The trip was a once-in-a-lifetime experience and boosted my morale and confidence. It brought me out of that lull and made me look at things differently.

“I was on a high for weeks afterwards and even my clients could hear the excitement in my voice. They said I was so different to before I went away.”