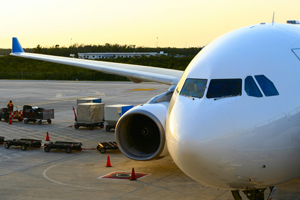 Four of the UK’s busiest airports face strike action by check-in staff and baggage handlers in a dispute over pay.

Workers for ground handling company Swissport based at Gatwick, Heathrow, Manchester and Stansted have voted in favour of industrial action.

A ballot of members of the Unite union saw  94% of workers voting in favour of strike action based on a turnout of 50.5%.

The vote has prompted the company to request an urgent meeting with the Unite union which is due to take place tomorrow (Wednesday).

Unite national officer Oliver Richardson said: “In the light of this overwhelming mandate for action, Swissport has requested talks which we are happy to attend so we can try to resolve this matter.

“The dispute centres on the company’s decision to freeze workers pay for eighteen months, from April 2012 through to October 2013, followed by a below-inflation increase of just 2.5%.”

The union believes Swissport is failing to recognise the contribution its staff are making to the success of the company,” he added.

“We hope that over the coming days we will be able to thrash out a deal with the company but this will depend on whether the company is prepared to move on from its current position on pay,” said Richardson.

Swissport announced in August plans to acquire rival Servisair, with the deal due to be completed by the end of the year subject to regulatory approval.