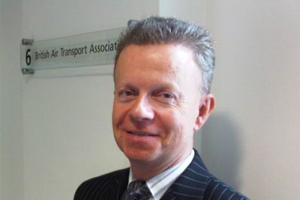 This year’s World Travel Market (WTM) will host many high-profile travel events. It is a melting pot for the industry – a chance for us to get together, share ideas and find new and innovative ways to keep growing international tourism.

There is one event in particular I would draw attention to today at WTM – an opportunity to debate one of the greatest threats facing the global tourism industry: the proliferation of air passenger taxes.

A Fair Tax on Flying hosts a fringe debate at 2pm today at which a panel of leading aviation experts from around the world will debate the impact of air passenger taxes.

The debate about Air Passenger Duty (APD) is one many in the UK will be familiar with, but the experience of other countries is less well known.

This event will provide an opportunity to hear about the impact of these taxes in countries all around the world.

Of course, our own sights in the UK are trained firmly on APD.

It’s an exciting time in our campaign for reform of the world’s highest air passenger tax, following the recent decision by the Republic of Ireland to abolish its Air Travel Tax and the debates in Parliament that this sparked.

The WTM discussion could not come at a more opportune time given the UK government’s continued refusal to accept the findings of a PwC report on the benefits of reforming APD or to carry out its own macro-economic study of APD’s impact.

The Republic of Ireland decision is of particular interest against the backdrop of the economic problems the nation faces.

UK government ministers argue APD makes a crucial contribution to the UK’s deficit reduction and suggest the government is not prepared to sacrifice guaranteed income for the benefits of additional growth that reduction or abolition of APD could deliver.

However, that is exactly what Ireland has done, a decision made following three successive quarters of economic contraction and just one of growth in the past year. That compares to the UK’s three consecutive quarters of positive growth figures.

So that is why A Fair Tax on Flying challenges the government to listen to what the panellists on this debate have to say about their own experiences of the effects of air passenger taxes.

We might not like the things every panellist says, but we are determined to see an honest and robust debate about APD in the UK.

By facilitating today’s debate, we intend to send a strong message to the government: we’re not scared to take on critics.

We want the government to engage in the discussion not continue to stonewall on the issue.

If you’re at WTM today, don’t miss the debate: