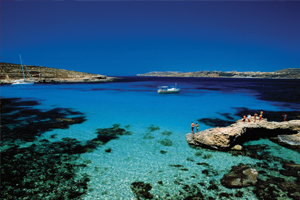 Increased airlift, more growth in the shoulder months and more MICE business all helped arrivals to Malta increase between 10% and 12% this year, with the UK market growing between 3% and 5%, compared to the total UK outbound market growth of just 1%-2%.

The destination is now served by 19 direct routes and tourism officials believes numbers will only get better with the new Monarch flight from East Midlands, the new Ryanair service from Liverpool and the increase from one to two flights from Edinburgh.

News last month that British Airways is to reinstate direct flights to Malta from Gatwick from March 2014 will also boost UK arrivals.

Tourism Minister Karmenu Vella told Travel Weekly: “The UK is our number one market, accounting for just over a third of all our tourists and the same proportion of revenues.

“We still think there is a lot more opportunity, like getting more frequency from the secondary regional airports, and continuing to appeal to the whole age spectrum.”

He said the split between 18-35s, 36-50s and 51-60+ was now pretty even as Malta had shrugged off the misperception that it is just for older, retired people.

“They come for the weather, because we’re English-speaking, customers are always satisfied as we have high repeat levels and it’s very safe,” said Mr Vella. “But increasingly, they are coming for Baroque, food, jazz and current music festivals or for things like diving or weekend cultural breaks.”

UK director Alex Incorvaja said such arrangements agreed three years ago had proved very effective and that many were being re-signed this week.

“We are working with traditional tour operators, OTAs, specialists and retail companies and consortia. We are trying to be everywhere and work with every company. Our growth is all about great relationships with the trade.

By June next year, Malta will have hosted the big four UK trade conferences: Advantage, Abta, Aito and ITT.

Mr Vella said the strategy would be to host them all again in about three years’ time to ensure the UK market sees how the destination is continually evolving and developing.

“We have to keep giving the destination a lot of exposure. People move on and change so we have to keep getting decision makers down there to keep attracting them to send their customers there.”