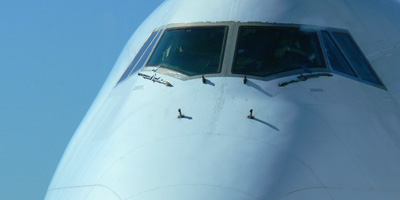 Pilots have reacted with “shock” at 500 job cuts at Flybe and stressed the national importance of a regional airline to ensure growth and prosperity outside of London.

The British Airline Pilots’ Association, which represents 600 Flybe pilots, said it was committed to working with the carrier to ensure that as many of the redundancies as possible are voluntary and to support pilots.

Balpa also called on the government to play its part by reducing the “damaging impact” of Air Passenger Duty on the essential piece of national transport infrastructure provided by the airline.

The union’s general secretary Jim McAuslan said: “This is a distressing day for the dedicated pilots who loyally serve Flybe and it’s passengers day-in day-out and we will be supporting them throughout this difficult redundancy process.

“Pilots are working with Flybe to secure the future of the airline, which is vital to connecting the country and driving growth and prosperity outside of London.

“The government should play its part by reducing the damaging impact of Air Passenger Duty on this essential piece of transport infrastructure.”

Meetings with the company are planned this week at which the details of the 500 redundancies will be announced. Jobs are expected to go from January after a period of consultation.

Balpa said it would be “scrutinising and testing the company plans to make sure they stack up and that the management structure that got the airline into this situation is cleaned up from top to bottom” as the recognised representative of Exeter-based Flybe’s 600 pilots.

The union has supported the company through previous restructuring, most recently agreeing to a cut in paid hours to preserve jobs while providing the flexibility to “snap back” to full time when the economy picked up.

“We will continue to look for ways to preserve jobs but the scale of today’s announcement makes the prospect of compulsory redundancy look very real and we will ensure the process is transparent, proper and fair with the maximum number of opportunities for pilots to opt for redundancy voluntarily,” the union said.

“Through our support network Balpa will also offer its members a range of services including career advice as well as advance notice of recruitment opportunities in other airlines.”