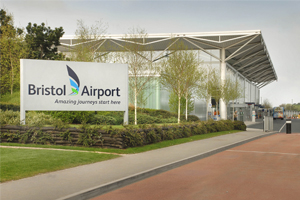 A new long-term deal has been agreed between Bristol airport and easyJet that confirms the continued growth of the budget airline at the southwest airport.

Meanwhile, winter capacity from Bournemouth airport has been raised by 19% with a projected passenger increase of 22,000.

The Bristol-easyJet agreement has already resulted in the addition of two new destinations to easyJet’s network, with flights to Reykjavik and Marrakech launching in December.

Together the new flights are expected to carry more than 55,000 passengers during the first 12 months of operation.

EasyJet is the largest airline operating from Bristol with up to 11 Airbus aircraft based at the airport, 420 staff employed locally and 46 destinations served.

The airline’s commercial director Ali Gayward said: “We are pleased to confirm a new long-term deal with Bristol airport which will allow easyJet to grow and introduce exciting new destinations such as Reykjavik and Marrakech.

“Bristol remains our largest UK operation outside London and we are committed to providing travellers across the southwest with easy, affordable fares whether they are travelling for business or leisure.”

Airport chief executive Robert Sinclair said: “Our partnership with easyJet has played an incredibly important role in the development of Bristol airport over the last decade, and this agreement demonstrates both parties’ continued commitment to working together to provide passengers in our catchment area with access to a great range of destinations at very affordable prices.

“It is also great news for passengers across the southwest and South Wales who can continue to enjoy access to the easyJet network without having to travel to airports outside the region.”

Bristol is the UK’s fifth-largest airport outside London and the ninth-largest in the UK, handling 5.9 million passengers in 2012.

Expanded holiday options from Bournemouth include the first fly-cruises to be run by Hurtigruten to view the Northern Lights with three departures in February and March.

P&O Cruises is running a charter to Barbados in March to connect with 14-night cruise by the ship Azura.

EasyJet will operate six ski flights a week to Geneva starting on December 14, while weekly Crystal Ski flights to Turin start on December 22.

Day trips to Lapland operate on December 14 by Thomson and December 22 by Transun.

Airport managing director Paul Knight said: “These additional routes are great news for the airport and I am delighted that we are able to offer our passengers a growing choice of flight and holiday options this winter.

“Not only does our wealth of routes and destinations serve the Dorset and surrounding area, but these extra services are also an excellent opportunity to increase connectivity and holiday options for the whole southwest region.”