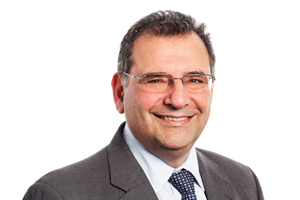 There was a feeling of optimism at the weekend’s Aito conference in Malta, which mirrored that of the recent Abta convention in Dubrovnik.

Operators were happy with their performance in 2013, although those reliant on Egypt had to source alternative destinations and it had not been easy.

Elman Wall, the travel industry specialist accountants, said they had seen an average improvement of around 10% in their clients’ profitability in 2013.

Forward bookings for 2014 were looking good, with some Aito operators reporting increases of 30% to 40%.

It was also interesting that more emphasis was being put on quality and service by tour operators. These attributes are increasingly in demand from consumers, rather than the lowest price.

Value for money is now seen to be the goal. As the UK pulls out of a long recession clients are feeling more optimistic about the future and are prepared to spend more on their holidays.

The no-frills carriers are no longer no-frills because their clients will no longer accept being treated in such a degrading fashion. Even Ryanair is beginning to soften its stance. These airlines may claim to be ‘low cost’ but in summer 2013 they were definitely charging high prices.

I find it amusing that they pretend they are doing clients a big favour by treating them better.

After all the fuss, after all the years of pretending that they have a unique and very different model, they now look exactly like the scheduled carriers they put out of business.

More often than not, legacy scheduled carriers such as British Airways, TAP and Air Malta are cheaper and present better value.

So, will there be an enormous increase in capacity in 2014 after a good 2013? Will the industry behave as it always does: throw caution to the wind and, after one good year, pour on too much capacity the next?

I doubt that Tui and Thomas Cook will, but British Airways seems to be opening routes and adding rotations to existing schedules. Norwegian is flexing its muscles and its prices are lower than those of the incumbent players. EasyJet will certainly not have its own way on routes like Mykonos and Santorini, where it has had a virtual monopoly – with high prices as a result – over the past couple of years.

Will we start seeing charter flights making a comeback?

Will the mid-sized tour operator return and give more choice than the market leaders, which are concentrating on fewer properties where they have exclusivity?

And will we all bow down before the Russian onslaught into our traditional markets? Next year there could possibly be more Russians in Cyprus and parts of Greece than Brits.

Time will tell. But one thing is for sure: the travel industry is anything but boring.