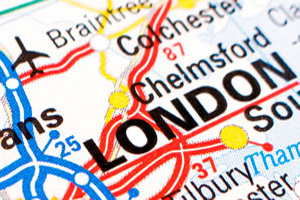 No flights are being allowed to land at Stansted because the airport’s landing equipment has been damaged.

Air accident investigators are investigating an “incident” at the airport earlier in which part of the instrument landing system was damaged by an inbound flight by a private jet.

No aircraft are being allowed to land at the airport due to the damage, and because of fog and poor visibility, the BBC reported.

The airport said departing flights had been unaffected but there were likely to be delays and cancellations because of disruption to inbound flights.

An airport spokesman said: “Nats, who are responsible for the operation and maintenance of the ILS equipment, have engineers on site and are currently working to the resolve the issue and return the airfield to normal operations as quickly as possible.

“As a result, flights will be subject to delay and cancellations so passengers are advised to check their flight status on their airline website.

“We apologise for the inconvenience this has caused.”

Ryanair reported some of its flights had been diverted to Birmingham and East Midlands airports.

A Stansted spokesman said flights began landing again during late morning, after a period of around three hours when no touch downs were possible.

The ILS is a radio beam transmitter that incoming aircraft can follow in order to land in poor visibility. The aircraft involved was a Gulfstream G550 jet, which landed safely.