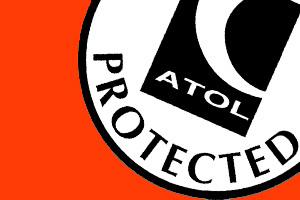 The founder of Avro and Conservative councillor in Sussex Paul Dendle has questioned the legal basis on which the CAA has launched an investigation into Lowcost Holidays’ move overseas.

Yesterday the industry regulator announced it had started a legal investigation into the travel group which became officially based in Majorca last month.

The CAA said it was concerned about the ‘extremely limited’ level of financial protection it was now offering the consumer having effectively left the UK’s Atol scheme to operate under Spanish rules.

Lowcost insists it has done nothing wrong and acted perfectly legally, a view shared by many observers in the industry including rival firms.

Paul Dendle, who founded Avro before selling it to Monarch and who describes himself as a travel industry entrepreneur, has written to Travel Weekly to express concerns about the CAA’’s move.

He said he has also written to West Sussex MPs who he knows and Francis Maude MP, who is responsible for civil service reform.

Dendle questions the CAA’s investigation claiming it was launched under the Enterprise Act, a piece of legislation designed for a different purpose. Because Low Cost no longer has an Atol licence, Dendle says the authority has no basis on which to investigate it.

And he accuses the CAA of acting purely in self interest and the decision to investigate was “all about preserving their jobs than about protecting the public”.

Dendle wrote: “They are worried that other companies will follow suit undermining even more the Atol regime.

“The number of Atol licence holders have diminished over the last few years due to the CAA’s over-zealous licensing, which is underpinning a duopoly of large operators as well as increasingly powerful low cost airlines.

“There are approximately 85 civil servants and office accommodation to match overseeing a quickly diminishing number of tour operators.

“Companies like Low Cost Holidays are voting with their feet to change location and the CAA as a response is to lash out to protect themselves rather than the travelling public.

“It is an obvious target Government reform and I have asked that MP’s consider abolishing the unit.

“But questions should be asked of the CAA.  This legal challenge is the latest of high profile challenges which have failed, all funded by the UK taxpayer and ultimately at a cost to the UK travel Consumer.

“It’s really an act of desperation by a group of civil servants that are passed their sale date.

“Government is desperate to save money and the CAA presents an opportunity to do so and bring the UK into a level playing field with the rest of Europe.”

Dendle defends Low Cost’s move to operate from Spain saying the firm has simply opted to move to a regime that is more business-friendly.

On his LinkedIn profile Dendle suggests it was CAA that thwarted his attempts to turn Avro into a pioneering low cost airline in the 1980s and 90s.

Since selling the business in 1995 he has gone on to invest in a number of travel-related firms and is currently managing director of Travel Software Dev Ltd.

Since November he has been chief executive of Loloflights.co.uk, described as a GSA start-up for flights to Greece and Portugal.

He has previously been involved with Viking Airlines, as an external consultant, an operation with links to former XL Airways boss Phil Wyatt.

Travel Weekly is awaiting a full response from the CAA but a spokesman pointed out that the authority is not funded by taxpayers but by the industry.

A Monarch spokeswoman said: “The views shared in this article are not those of the current Avro and the Monarch Group and they have not been contacted for their comments.”