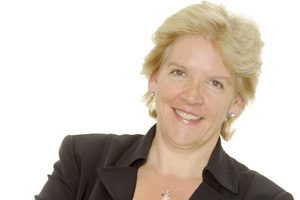 Celebrity Cruises is targeting the affluent family market for the first time as it starts the year with a new dedicated team.

The line is now operating as an individual business within the Royal Caribbean group, with a team that has grown from just 15 people focusing on the brand to 100 in the space of a few months.

As Jo Rzymowska takes up her new role as UK managing director this week, she says the line is targeting three types of consumer.

“Firstly, affluent couples, but it isn’t about their age, it is about their mindsets. They have disposable income and they are willing to pay more,” she says.

“We are also going after the affluent family market and we haven’t really done that before. This is a sector we could focus in on; there are affluent families who spend a lot of money in the summer holidays on things such as Club Med and Mark Warner.”

Rzymowska also sees potential in the gay and lesbian market.

“We win awards time and again in the US for being the best gay‑friendly cruise line. I’m not talking about full gay-couple cruises; I’m talking about just targeting those who enjoy the finer things in life and who fit the mindset we are looking to attract.”

Rzymowska, who was previously Royal Caribbean Cruise Line’s associate vice‑president and general manager, says the investment in the new UK team will drive the Celebrity Cruises brand forward and allow the line to “enter the year strong”.

Celebrity is targeting 10% growth from the UK and Ireland each year, and Rzymowska says she is keen to work closely with agents “who are willing to go on a journey” with Celebrity.

The trade has always been a great supporter of the Celebrity brand, according to Rzymowska, and she says agents can expect to be given more time and support.

“We will work closely with the agents who have spent time and effort educating consumers who aren’t just looking for the best offer.

“It’s about the agents who get where we are going, and I’m being very strict on that. We don’t want to be in a situation where it’s all about price. We want to work with our partners so that we make money and so that they make money, but still get the right guests on the right ships.”

Celebrity is also keen to train agents better than it has done previously, with trainer Leon Hand creating a new programme to help agents understand the “perfect” client better.

Rzymowska says she is particularly pleased with her management team, with Nicki Tempest-Mitchell as sales director, Michael English as head of sales, Kathy Barbrooke, who is in charge of the guest and trade services team, Sara Tomlinson as director of revenue and commercial, Toby Shaw, marketing and PR director, and head of finance Gregg Grobler.

The latter two have joined from Sony and Aon respectively, and Rzymowska says of her team: “I’m happy with the mix of old and new.”