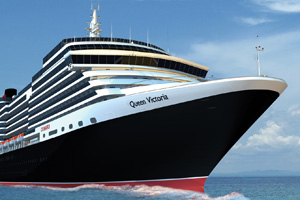 Cunard is to shift its marketing away from price and underline its position as an iconic British luxury brand.

Marketing director Angus Struthers began a brand development project to make Cunard more relevant to wealthy clients when he joined the cruise line in September. And unveiling the new campaign to Travel Weekly this week, he said he wanted to emulate famous British luxury marques including hotels such as The Savoy and The Dorchester, and fashion house Burberry.

“If you look at luxury brands they tend to have confidence, and that often means simplicity in their marketing,” he said.

“Why take 300 words to say something that can be shown with an amazing photograph and just 30 words? I believe that saying less is more impactful, and that’s what we are trying to do with our new material.”

The new 2015 brochure and marketing material will be rolled out to agents in the first quarter of the year. Struthers said it would be simple, understated and would show off the classic ‘Britishness’ and luxury nature of the brand.

Previously the cruise line had been more focused on price-based advertising, but now the impetus will be on brand development.

Struthers said agents play an important role in talking about price and that the line’s budget was best spent building brand awareness. The new materials would help emphasise the cruise line’s heritage and status, he added.

He said: “In the past, 70% of our material was fare-based, and only 30% was about highlighting the brand. We need to flip that completely.”

Feedback from those who had seen the new marketing had been positive, he said.

“If it isn’t going to help agents then there is no point in doing it,” he added.