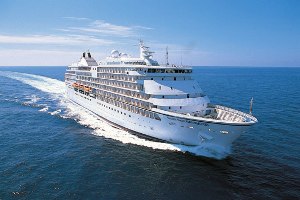 The parent company of Regent Seven Seas Cruises and Oceania Cruises has set a course to raise up to $250 million through a public float.

Prestige Cruise Holdings has filed a registration statement with the US Securities & Exchange Commission to sell the shares in an initial public offering.

Miami-based Prestige said it plans to use proceeds to pay down debt, for capital expenditures and for general corporate purposes.

Apollo acquired a majority stake in Prestige in 2007, when the company was valued at $850 million.

Financial data in the filing shows that Prestige had revenue of $1.17 billion in the 12 months ended September 30 and net income of $18.7 million, Travel Weekly in the US reported.

The balance sheet shows long-term debt of $1.6 billion on September 30.

Oceania is a five-ship cruise company targeting the upper premium segment of the cruise industry while luxury line Regent runs three ships and has another on order.