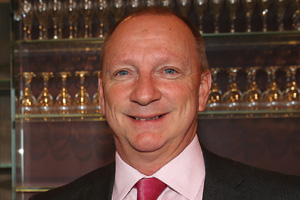 By Damon Wright, VAT director, travel and tourism of BDO

HMRC looks set provide the UK travel industry with some good cheer on the VAT front.

As reported last September, the European Court issued a decision that could have a major impact on the UK travel industry.

In a case involving Spain, Case C 189/11 European Commission v Kingdom of Spain and seven other member states, the court ruled on the correct application of the VAT Tour Operations Margin Scheme (Toms), confirming that Toms applies to B2B wholesale supplies (bought for resale by the buyer) as well as retail supplies (sales for consumption by the buyer); and Toms should be calculated on each individual sale and not on an extended total period basis.

If applied in the UK, this could mean the following:

Therefore, UK tour operators and other businesses, such as wholesalers, would be faced with either trying to pass on the additional costs to customers or look to change their business models to match those companies who fall outside of the Toms remit (agencies, non-EU businesses etc).

However, following detailed discussions between HMRC and industry representatives in November, HMRC has now confirmed that “after careful consideration, [it has] decided that there will be no changes to the operation of Toms in the UK at this stage, and that businesses should continue to follow existing guidance”.

If has also noted that, if it is beneficial for them to do so, “it is open for any business to apply direct effect and operate Toms in accordance with the court’s decision”.

Otherwise, there is no requirement to implement any change. This means that UK tour operators can continue use the Transport Company Option and can also offset losses on some products against profits on others.

There may, ultimately, still be a sting in the tail, as it looks like the EU Commission is re-launching its review of Toms across the EU, which could still result in these changes being introduced. This could also result in non-EU tour operators being brought into the EU VAT net.

Also, as EU Commission reviews can often take several years to complete, HMRC has reserved the right to review its position in a year.

However, this is great news for now.