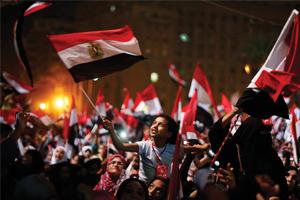 Ongoing demonstrations in Egypt are hampering a bookings bounce-back to the destination while Bangkok protests have failed to significantly deter holidaymakers, according to the trade.

The Foreign and Commonwealth Office has updated advice for both destinations in the last week.

Around 80 deaths were reported after protests on Friday and Saturday in Cairo, Alexandria and Fayoum, with westerners, including Britons, attacked by some demonstrators. The FCO told visitors to “leave the area immediately” if there were nearby protests.

The FCO warned visitors to Thailand protests were likely at polling stations during the nationwide election on February 2. It advised travellers to avoid demonstrations this weekend.

Agents said bookings for Cairo and Luxor were only “trickling in” since the travel ban was lifted on November.

He added: “The Red Sea has been unaffected and good prices have driven that market to bounce back.”

Miles Morgan Travel owner Miles Morgan agreed: “There’s no sign of bookings coming back for Cairo but consumers are increasingly internet-savvy and appreciate how far Sharm el-Sheikh is from Cairo.”

Explore sales director Carl Burrows added: “We are trying everything to stimulate demand as Egypt has so much to offer, but it’s an uphill struggle.”

In contrast, sales to Thailand are undented by protests held so far in Bangkok, where a 60-day state of emergency was declared last week.

“We had a great week for sales to Thailand last week. There’s not been a huge amount of media coverage and there are no immediate concerns about forward bookings,” said Jones.

However, with protests due during this weekend’s election, Kuoni is moving 17 clients staying in three of its Bangkok hotels – the LIT Bangkok, Arnoma and Dusit Thani – to hotels in quieter areas of the city, away from protest areas.

Explore is similarly assessing whether to relocate clients due to start a tour in Bangkok on February 2 to a hotel nearer the airport, said Burrows.

Jones added there was a trend for holidaymakers to look further afield to destinations such as Vietnam. “What’s happening in Thailand may accelerate that trend,” he added.

Manager of Tickets Anywhere travel agency Tanya Farrer agreed: “Thailand is still popular but people are now looking at up and coming destinations such as Vietnam and Camodia.”