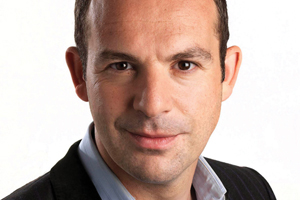 by Martin Lewis, founder and editor of Moneysavingexpert.com

Sadly, travel agents are up in arms at me again for suggesting people haggle down the price of package holidays. I have no axe to grind against travel agents, but I can’t and won’t apologise for the fact that my job is to show consumers how to get the cheapest deals.

This flared up again after the last episode of the latest series of The Martin Lewis Money Show, where my challenge to my co-presenter Saira Khan was to see if she could haggle the price of a holiday down following my tips.

The results proved it works, with savings of £200+. This was backed up by a raft of tweets from people who’d tried the technique too, one with savings in the thousands of pounds. Read the full Haggle Down A Package Holiday technique – where you’ll also see the “travel agents don’t like this” section, deliberately in there so people can make their own moral choice.

In the immediate social network aftermath of the programme, several agents started accusing me of being “inaccurate” or “untrue”. Yet when I challenged them to tell me exactly which facts were incorrect, funnily enough, they went quiet.

The majority though were courteous, but annoyed, and wanted me to stop telling people to haggle because it was damaging to their (sometimes small) businesses – and I believe similar has been reflected in the trade magazine Travel Weekly.

However, let me be plain. Asking me to shut up about haggling doesn’t wash. The only way to shut me up about it is to stop it working.

I am not an unbiased journalist. I am very proudly biased, on the consumers’ side – I’m an opinion journalist with a focus to save people money. While I have no intent to hurt businesses, I won’t pull punches because it impacts corporate profits.

So whether it’s travel agents, banks, supermarkets, electronic retailers, mortgage companies, childcare providers or more, if you want someone to represent your industry and act in a protectionist way for it, I suggest you speak to your trade association, or the hugely resourced big bodies set up to promote business like the Confederation of British Industry (CBI) or the British Chambers of Commerce (BCC).

To those travel agents who say “I get so little commission that if I discount it isn’t worth it”, then I say, quite simply, don’t discount – the choice is yours. But the likelihood is another firm which says “yes” will get the business – it’s called a competitive marketplace.

Of course, I don’t do this in a moral vacuum. Below is the (tidied up) quick response I made to a travel agent who politely tweeted me about this. I think it covers it well.

“I have no axe to grind against travel agents, but my job is to show consumers how to get the CHEAPEST deal. Haggling works, so I include it. Please, can I ask you go and watch the show again and listen closely to what I actually say.

1) These days more and more people do DIY online bookings. I am one of the few voices saying not to ignore travel agents, as they can, and do sometimes provide cheaper deals (and a few agents have thanked me for doing just that). It is frustrating that agents choose to focus on the haggle element, and not that.

2) I specifically point out that we’re talking haggling down BIG TOUR OPERATOR packages – not bespoke packages from independents. And as you and I well know, these are commodities and therefore haggle-able.

3) It wasn’t my choice for Saira to start in a travel agent’s branch, so you’ll hear me in the voiceover say: “I wouldn’t have started with a travel agent, I’d do it with a late booking specialist on the phone. If you’re not going to buy from an agent, don’t waste their time.”

4) As Saira started at a travel agent, I asked the producers to ensure she went back to the same agent to give it a chance to match the best price. You’ll hear me say this in the voiceover too.

5) Of the messages from people who’d successfully haggled (eg, the woman who got 40% off saving over £1,000), I deliberately ‘managed expectations’ by saying they were the exception and 5% off was more likely.

6) I make it plain no-one should be rude or aggressive, that this is about trying to charm a discount.

While your invite to come and spend a day in a travel agent is kind, it’s also irrelevant as it won’t teach me anything about haggling. I’m sure you do a great service, and if you do, people will stick with you rather than go elsewhere.”