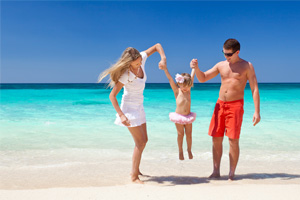 An MP is calling on the government to cut or axe taxes for those going away during the school holidays.

A debate, convened by the backbench business committee, is to take place in Westminster after an e-petition on the issue received 166,229 signatures.

The debate comes after the Department for Education tightened rules on when headteachers could grant leave for family holidays.

Regulations were tightened last September so that such holidays could be granted only in exceptional circumstances.

But Hemming, MP for Birmingham Yardley, is also calling for a rethink of these changes.

“It is clear that in refusing children permission to go to funerals and having little discretion for headteachers, they are too restrictive.”

Mother-of-two Donna Thresher from Essex set up the petition in March last year after being “outraged” at the £600 difference in the cost of taking her family away for a weekend during the school holidays.

The campaign is backed by Travelzoo, which claims taxes can add as much as £376 to outbound flights.

European managing director Richard Singer said he was prompted to act after becoming frustrated with what he calls the “parent trap” of government legislation, taxes and tour operator price rises during school holidays.

In a response to the petition, the Department for Business, Innovation and Skills said: “The UK holiday industry is an extremely competitive market and as a result the sector relies on the profits from peak periods to make sure it can trade throughout the year.

“On top of this, the industry competes internationally against companies from other countries and as a result may need to increase prices during these periods.

“If there were to be any evidence of anti-competitive practices, it should be presented to the Civil Aviation Authority in respect of airline prices or the Office of Fair Trading.

“They have significant powers to investigate and act if they find examples of companies abusing a dominant position or behaving anti-competitively.”

The petition says: “Family time is so much more essential in the current working world, but so many people cannot afford holidays in school holidays.

“A break at home is not the same as getting away from it all where there isn’t any housework or DIY to get done; instead focus is on family.

“It’s time to stop the holiday companies cashing in on school holidays and let parents have some guilt-free family time! Enforce action that caps the percentage increase on holiday prices in school holidays.”