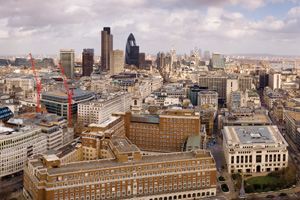 Hotels in London are set to top the table for growth in the key measure of revenue per available room (RevPAR) in 2015, while the capital, Paris and Edinburgh will see the highest occupancies this year.

The predications come today (Monday) in the latest European hotel forecast from PricewaterhouseCoopers.

It paints a picture of growth across the UK and Europe, but issues are highlighted as likely to impact hotelier’s profitability.

The improving economic and travel backdrop has helped rejuvenate trading in almost all the 18 cities analysed.

But the pace of growth varies from city to city, and the challenge for hotels will be to capitalise on the improving climate while responding to the ‘megatrends’ impacting their business.

PwC anticipates growth in 17 of the 18 cities in both 2014 and 2015. Madrid is the exception and is the only city seeing no growth in either year.

PwC head of hotels, Robert Milburn, said: “Travel prospects in Europe are brighter, with consumers prioritising their main holiday above a wide range of other goods and services.

However, he added: “The global economic landscape is changing quickly and hotels have to constantly adapt to these changes to remain successful in the market.

“The cost of doing business, regulations and taxes, competitive accommodation products and keeping hold of customers are just a few of the issues that the sector is grappling with.”

He said: “Hotels need to be nimble and understand the issues and their implications for their businesses.

“Some trends, like the mobile and digital revolution, are taking hotels to a whole new world as they battle to stay relevant to consumers. The challenge for hotels is to capitalise on the improved environment as well as the new opportunities a changing world offers.”

PwC anticipates 2014 will see records broken in London as projected 3.8% RevPAR growth to £117.10 is an all-time high. This will be driven almost entirely by average daily rate growth of 3.4% as rates climb to £141.60 this year.

In 2015 things are expected to get even better as hoteliers capitalise on the good times.

Commenting on what London can expect in 2014 and 2015, Liz Hall, PwC head of hospitality and leisure research, said: “Occupancy is expected to stay high and rates to see more growth. There will be stimulus to business and leisure prospects as GDP recovery strengthens.

“There are plenty of events to draw in visitors, including the Farnborough International Airshow in July, and a relaxation of Chinese visa rules will also be positive.”

But she added: “London soaks up the new supply but off-peak it could be challenging, the high proportion of budget supply could prove challenging.

“In 2015 hoteliers should have more confidence to increase rates, especially if 2014 turns out as expected with a stronger swing to a ‘seller’s’ market.”