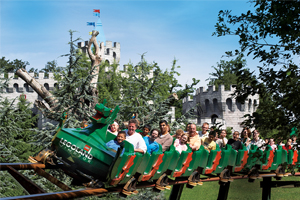 Legoland near Windsor will shut this weekend following the cancellation of a private fun day organised by the Muslim Research and Development Foundation.

The resort received threats from far right organisations, and the event – due to be held on Sunday – was cancelled following discussions with police, the BBC reported.

Legoland was also forced to shut down its Facebook page after a number of abusive posts. It also received threats through phone calls and emails.

Thames Valley Police says it is investigating offensive messages sent in connection with the event.

Guests booked to stay at the resort this weekend have been handed a full refund while a number of people on Twitter have also told the BBC they have received a £10 voucher.

Legoland said the private event due to take place on Sunday will no longer occur “due to unfortunate circumstances”.

“This was an incredibly difficult decision made after discussions with the organisers and local Thames Valley Police, following the receipt of a number of threatening phone calls, emails and social media posts to the resort over the last couple of weeks.

“These alone have led us to conclude that we can no longer guarantee the happy fun family event which was envisaged, or the safety of our guests and employees on that day – which is always our number one priority.”

It added: “Sadly it is our belief that deliberate misinformation fuelled by a small group with a clear agenda was designed expressly to achieve this outcome.

“We are appalled at what has occurred, and at the fact that the real losers in this are the many families and children who were looking forward to an enjoyable day out at Legoland.

“We would like to apologise to them and to the organisers, and to thank them for their understanding. We hope that they will all be able to come to visit us during the season.”