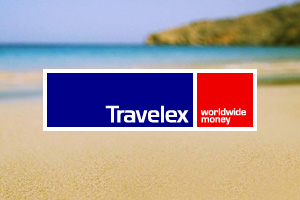 A stock market listing is being considered by Travelex, the foreign exchange company confirmed following months of speculation.

The company, releasing 2013 financial results, said: “The secular growth in international travel continues to drive increasing demand for foreign exchange services and higher transaction values through our stores and online.

“With this positive backdrop and our strong financial performance, we are currently evaluating our strategic options which may include an IPO.”

The business, majority-owned by private equity firm Apax, is expected to fetch a valuation of around £1 billion, according to The Telegraph.

Travelex is understood to be considering the benefits of a stock market listing against a potential sale.

Chief executive Peter Jackson confirmed that banks had been hired to analyse the company’s options but declined to give details on timing.

He said the company would continue to grow in its key market areas including online, which accounts for a third of sales in the UK.

Travelex is also looking to increase the number of foreign exchange ATMs across European markets. The group recently expanded into new markets including Panama and Guam.

“Looking ahead, we have a clear strategy, increasing depth through distribution and product range; increasing breadth through new country entry; developing our payments business and building on scale advantages,” said Jackson.

The company reported 2013 group earnings before interest tax depreciation and amortisation (EBITDA) up 21% last year to £80.1 million. The after-tax loss increased from £136 million in 2012 to £186.4 million.