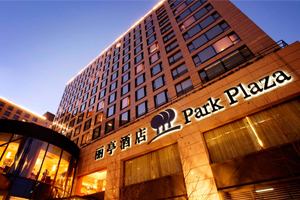 The parent company of Park Plaza and art’otels aims to add more than 1,200 rooms by the end of 2017.

PPHE Hotel Group plans three new hotels in London and one in Germany together with an extension and reconfiguration of the Park Plaza Riverbank London.

“Our investment in these new projects and an extensive planned refurbishment of our existing estate is expected to exceed €130 million and will lead to long-term benefits.

“The company continues to consider options of how to best fund future expansion, including the release of part of the value of hotel assets, while retaining operational control.”

The disclosure follows the company completing a €350 million refinancing of key hotels in London and Holland in December.

Hotels in the UK, which account for 65% of group revenue, continued to perform strongly, however total revenue was impacted by a 4.6% reduction in the average sterling to euro exchange rate.

Revenue per available room was maintained at €101.4, with occupancy at 80.7% across its 38 properties.

Pre-tax profit was down to €21.9 million from €24.1 million in 2012, reflecting lower EBITDA and currency exchange losses, according to the company.

Papouchado said: “2013 was another year of progress for PPHE Hotel Group. This was achieved against a very strong prior year comparative, as we benefited in 2012 from the London Olympic Games, and despite the remaining challenging conditions in some of the markets in which we operate.”

President and chief executive Boris Ivesha said: Over the next two years, we will be significantly investing in our portfolio with renovations planned across 10 hotels.

“This work is undertaken to ensure our hotels continue to improve on their strong market positions.

“We aim to minimise the impact on our operations through careful planning and a phased approach where possible.

“However, once renovations commence, we anticipate reduced capacities and a short-term impact on revenue due to temporary closures of rooms and public areas.

“Although this may be at the expense of short-term revenue gains, we believe that this investment will have a positive impact on our long-term results and position in the markets in which we operate.”

He added: “As we enter 2014, trading has been in line with the board’s expectations. We remain focused on investing in our portfolio to ensure that we retain our strong competitive positions in the markets in which we operate whilst at the same time continuing to progress our development pipeline to support our longer-term growth.”