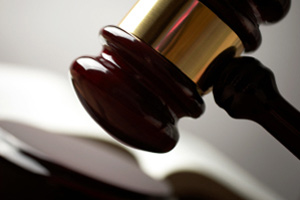 A travel agency manager falsified records and accounts to fund expensive holidays for herself and her family, a court heard.

Belinda Traves, 51, has gone on trial accused of stealing and defrauding £100,000 from Bridlington-based Holiday Travel, a family-run firm that had employed her for 11 years.

The court heard that on one trip to Disneyland Paris in 2008, when she was accompanied by her husband and two other family members, her dishonesty not only covered the £600 cost but also gave her more than £400 spending money.

Concerns were first raised when staff told joint owner and director Stephen Allerston that records of bookings they had made had been altered to look as though they had been made by Traves, potentially affecting how much commission they were paid, the Hull Daily Mail reported.

At the time, only Allerston and Traves had the level of access required to change the records on the company’s Tarsc computer software system.

Staff would usually use a three-character password, often their initials, and Tarsc recorded who had amended records.

Examples given to the jury included changes from “STV”, meaning Steve, to “BAT”, which stood for Belinda Ann Traves, and from “JS” (Jane Simpson) to “BAT”.

But giving evidence, Allerston said he initially gave her the benefit of the doubt, believing she had made the changes out of professional rivalry and not for financial gain.

Allerston said: “I had staff who were quite upset by the situation, so I decided to take the password off Belinda at that time and create a new password, and I’m the only person who has got that password.

“We tried to look at the bigger picture, tried to justify it, that it was something that was done because she wanted to be one of the top sales people, and it was sales-driven rather than gaining anything out of it, that she didn’t gain financially from it.”

The prosecution also said Traves would falsely apply a discount to an old holiday file and then refund it by cash with the equivalent amount. These refunds were applied to old holiday files already taken, sometimes more than a year before, so the books would appear to balance.

Occasionally, the refunds were used to cover purchases of foreign currency, or to allow Traves to steal cash, which was taken from the daily banking and covered by an equivalent false refund.

Asked about one of these allegedly fraudulent transactions, Allerston said he initially believed she may have made a genuine error.

“I was absolutely flabbergasted Belinda would do that without coming to see me,” he said.

“She was the manageress, she’d worked for me for a long time, 11 years. So, because I was alerted by this, I thought has Belinda made errors previously and covered them up?”