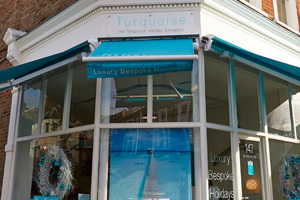 Luxury tour operator Turquoise Holidays is eyeing up locations for a second shop after the opening of their first led to an increase in bookings from the family market.

The brand expanded into the family market last year and James Bell, marketing director for the operator, said he believes its success in the market wouldn’t have been as strong without the store in Northcote Road, near Clapham Junction in London.

And while the number of family bookings is still small, Bell said it had doubled year on year and was an area he was looking to grow to further.

Turquoise is now looking to open a second branch in north London in an area popular with young affluent families, such as Islington. The aim is to have a second shop open within the next six to eight months.

“The first store has gone fantastically well for us,” he said. “We are predominately a honeymoon tour operator but the growth in the family market has been great. Without the shop and that chosen location, which is nappy valley, I don’t know f the growth would have been so dramatic.”

“At the moment it is all about finding the right location for the new shop and it has to be somewhere that feels like it has a heart to it.”

Honeymoons still make up 60% of the long-haul specialist’s bookings, but Bell said he expected that to fall to 50% as the family market grows and takes up half of the business alongside once-in-a-lifetime holidays.

He explained that while he thought the operator might continue to open further shops, it was preferable to build trade relations and bookings through that means.

Currently, up to 5% of sales are through the trade, but Bell insists the plan is to grow this figure and believes it should be “easy to double that figure”.