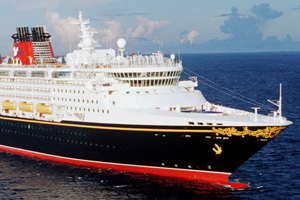 The parents of a British worker who went missing at sea from a Disney Cruise Line ship are reportedly suing the company for $75,000.

Crew member Rebecca Coriam, 24, went missing from the ship Disney Wonder off the coast of Mexico three years ago.

Her parents Mike and Ann Coriam from Chester have filed papers in Orlando against Disney claiming the entertainment giant failed in its duty of care, the BBC reported.

A Disney spokeswoman said there was no “merit” in the legal action.

The woman, who was a youth worker on the ship, was last seen early on March 22, 2011 when CCTV footage showed her making a phone call to a friend from the staff quarters.

The alarm was raised four hours later when she failed to turn up for the start of her shift.

Her family claim Disney Cruise Lines acted negligently in waiting more than four hours to alert the US Coastguard, more than five hours to contact the Mexican navy and nearly seven hours to call the Bahamas police.

They claimed in legal papers filed last week that Disney gave “false and misleading” information about the ship’s position when it alerted the coastguard.

They allege that Disney’s security to monitor crew members and passengers was inadequate, as was its surveillance for a person falling overboard.

The Coriam’s also claim that the company breached established protocols for a person overboard.

A Disney Cruise Line spokeswoman said: “This incident has been investigated by the authorities. The claims are without merit, as we will demonstrate in court.”