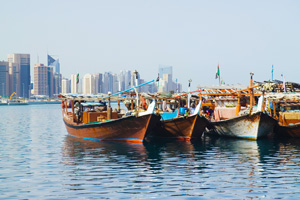 Occupancy at Abu Dhabi’s 149 hotels and hotel apartments reached 81% in February, up 4% year on year.

This came as guest numbers rose by 33% in the month to 262,193, according to the Abu Dhabi Tourism & Culture Authority.

The UK was the largest overseas market in the first two months of 2014 with 32,428 guests checking into the emirate’s accommodation, up 31%. Britons accounted for 136,333 guest nights, 15% up year on year, with stays averaging just over four nights.

Authority deputy director general Jasem Al Darmaki said: “We are encouraged by the growth in occupancy levels and are focusing on increasing the average-length-of-stay, which currently stands at just over three nights and on building the average room rate.”

The most pronounced growth came from China, which is now the emirate’s third largest overseas source market. The number of Chinese visitors was up by 182% to 22,577 in the first two months.

“This would appear to be a result of a wave of arrivals to spend the Chinese New Year in the emirate where hotels and shopping malls and Al Maryah Island laid on specific celebratory events and products,” said Al Darmaki. “It is a time of year we will focus on in the future.

“Our focus now will be to convince our Chinese guests to stay longer and to experience the widening tourism product of Abu Dhabi city and the wider emirate.”