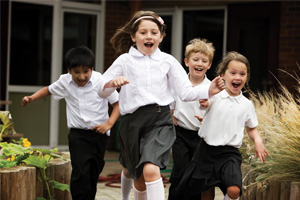 Police chiefs around the country are asking that their officers be spared term-time holiday fines.

According to Mail Online, headteachers are under pressure to let officers take their children on holiday during term-time.

Police bosses believe the rules, brought in by education secretary Michael Gove, are unfair because police officers are not allowed to take annual leave during the summer months.

The government introduced tougher regulations on term-time absence for holidays last September, prompting a debate in parliament over the issue.

New rules mean parents can be fined a minimum of £60 for taking children out of class without permission.

Steve Evans, the Police Federation’s spokesman on professional standards, said: ‘People in all walks of life have difficulty getting leave, but it seems perverse to punish somebody for doing what the government is effectively requesting them to do.’

A Department for Education spokesman said it was letting schools set flexible term dates to help parents fit in holidays.

Last month research claimed that the number of fines issued to parents for taking their children out of school had risen by more than 70%. The BBC said almost 5,300 fines had been handed out during the autumn term.