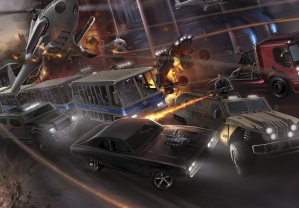 Universal Parks & Resorts is to invest heavily in its Hollywood park with a string of new attractions due to open in the run-up to the unveiling of the Wizarding World of Harry Potter in 2016.

Speaking at trade show IPW in Chicago, Universal Studios Hollywood senior vice-president for marketing and sales Xiomara Wiley said the Harry Potter attraction would be “similar” to its counterpart at Universal Orlando Resort, but stopped short of confirming which elements would be included.

Other new attractions scheduled to open in the next two years include Despicable Me: Minion Mayhem, which opens next week, and an accompanying children’s play area called Super Silly Funland.

To celebrate the park’s 50th anniversary in 2015, Univeral is to introduce an interactive show based on the Fast & the Furious franchise, revisiting previous attractions based on the films.

Wiley said the Fast & Furious Supercharged experience would be incorporated into the established studio tour, with hydraulics and 3D high-definition imagery used to create “perceived speeds” of 120mph.

In addition to the Fast & the Furious attraction, Universal will also introduce a night time studio tour to give visitors the experience of iconic sets after dark.