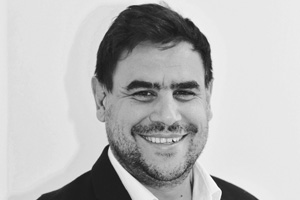 Managing director of  Magic Rooms Brian Young has insisted the new bed bank is not a reincarnation of the failed On Holiday Group (OHG).

Travel Weekly revealed yesterday that former Thomas Cook boss Manny Fontenla-Novoa has purchased the assets of OHG and is to launch a new bed bank for the trade.

Magic Rooms will be run by former OHG sales director Young, with Fontenla-Novoa providing the investment.

Young told Travel Weekly: “Manny contacted me a couple of weeks ago and said he was interested in the assets, and wanted me to think about running the business and taking it forward. It’s a great opportunity and I’m really excited about it.

“The only similarity with OHG is the system we’re using to run the technology – nothing else is similar. It is a new company.”

Magic Rooms will initially sell European beach destinations and add city breaks and long-haul in around six months’ time. The soft launch of the site will go live next week and it will be fully launched before the end of April.

The company will be focused only on the UK market at first, but Young said the long-term plan was to become a European bed bank.

Peter Davies, who was a national account manager at OHG, will take on the role of head of trade sales, and John Riley, former head of product and planning at Hotels4U, will be in charge of product and buying for the new company.

Young said agents would be key for the new business. “I really believe there is an opportunity for a bed bank to come into the market. We have very strong relationships with agents. Our aim is to work hard to make sure we’ve got the relevant product and give agents what they need.

“Customer service will be key – we want to make sure we become a strong partner for agents. Our personal relationship with agents and the service we provide will help us to stand out against the larger bed banks.”

Young said agents had been very supportive of him since the demise of OHG. “A lot of people were supportive and said they’d get behind me in a new business, which is very flattering from a personal point of view. I feel I owe it to the agents to deliver and make sure we become very close partners.”