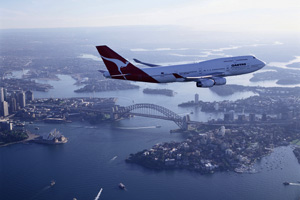 Plans to build a second international airport in Sydney at the cost of £1.4 billion have been approved by the Australian government.

The new airport will be located at Badgerys Creek, in western Sydney.

Construction is due to start in 2016 following planning and design work, according to prime minister Tony Abbott.

The first flights in and out of the airport are not expected until the mid-2020s, based on early estimates.

Funding would come mostly from the private sector.

Speaking outside parliament in Canberra, Abbott said Sydney’s second airport would create up to 60,000 jobs when it became fully operational.

He has made it clear he wants a curfew-free airport, the BBC reported.

Sydney’s current Kingsford Smith airport is only 8km away from the city and operates with a curfew between 11pm and 6am.

Qantas chief executive Alan Joyce said: “Qantas has long supported the building of a second airport at Badgerys Creek, as have a number of detailed studies. After decades of debate, we applaud today’s announcement by the prime minister.

“The role of second airports has been well-established in several of the world’s major capitals. Sydney is the key gateway for air traffic in-and-out of Australia and the benefits of having two major airports will be felt nationwide.

“Airports are key pieces of infrastructure that facilitate a huge amount of economic activity, and they take a lot of time to plan and build. We look forward to being part of this process as Badgerys Creek moves closer to reality.”