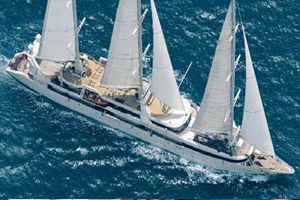 Compagnie du Ponant is giving agents 5% extra commission for bookings on selected sailings made by April 30.

The ‘5+5’ promotion also sees customers also gets a 5% discount off the best available price.

The offer is valid on 20 selected cruises between June and December.

The discount code is DIS5+5.