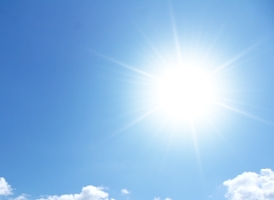 UK holidaymakers could pay up to a fifth less than last year in popular European sun destinations.

Lower prices can be expected in two-thirds of the European resorts surveyed for the eighth annual Post Office Travel Money Holiday Costs Barometer out today (Friday).

A more powerful pound will make spending money stretch further this year, while local prices have also plunged in half the destinations.

Paphos in Cyprus has seen the biggest price fall of more than 21% with 10 tourist staples – including lunch and evening meals, drinks, suncream, insect repellent and a daily newspaper – costing £62.

However, Bulgaria’s Sunny Beach remains the best value with a 16% fall in prices, most notably in the cost of eating out.

This has enabled Sunny Beach to overtake mainland Spain and the Algarve as the cheapest destination in the new research.

Prices remain uniformly high in Italy where Tuscany (£101) and Sorrento (£102) are the most expensive resorts for the second year running.

Despite price falls in both destinations, the overall cost is almost twice as high as in the Costas, Marmaris and the Algarve and 135% more than in Sunny Beach.

At just under £55, the Costa del Sol and Costa Blanca remain best value in the eurozone with only a few pence separating the two resort areas and Marmaris.

Prices in mainland Spain are well over a third cheaper than they were five summers ago. This may explain why over three-in-five of 1,833 consumers surveyed say they will return because they found it good value on a previous trip.

Resort prices are in the Algarve are 35% lower than in 2009 yet they are more than 6% higher than a year ago, even allowing for the stronger sterling exchange rate against the euro.

At just over £56, this means UK holidaymakers will pay around 3% more than on the Costa del Sol. Despite this, the cost of a round of drinks, lunch and evening meal is less than in Spain and second cheapest to Sunny Beach.

Other resorts in Europe rated as being good value are Crete, Istria and Corfu. Crete emerged as 14% cheaper than Corfu at £66 compared with £77, a reversal of previous results for the two Greek Islands. Istria (£72) is 11% cheaper than another Croatian resort Split (£81).

The study found big variations in prices charged on mainland Spain and its islands. At £97, the 10 items cost in Ibiza around 77% more than in the Costa del Sol, and over 25% more than in Majorca. Lanzarote is almost as expensive at £87.

Although prices are up by almost 25%, Majorca is the cheapest Balearic Island at £77 – around 3% lower than in Menorca (£80), where resort charges have fallen by 21%.

Outside Europe, Orlando is still a good value option with a total of  £76 for the 10 items.

Andrew Brown of Post Office Travel Money said: “The strength of sterling is great news for people planning holidays abroad. They can make sure their holiday cash stretches even further by doing their homework before booking to pick a destination where prices have fallen furthest.

“Resort prices can make or break the holiday budget so choose a destination where healthy competition between restaurants and bars has resulted in cheaper meals and drinks.”

He added: “Our research found that the average resort spend is over £500 so it makes sense to take at least that amount with you to avoid running out of cash – especially as there are improved rates for higher value transactions in our branches or online.

“Allow time to buy foreign currency before leaving home, because changing money at the airport means you are likely to lose out by getting a poor rate.”