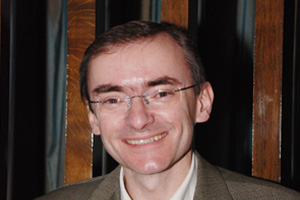 Following the announcement of the deployment of Royal Caribbean’s newest ship year-round from Shanghai next year, David Selby assesses the significance of the decision and the impact on established markets

China is vast – it has a population over 20 times that of the UK and is the world’s second largest country by land mass.

Between 2007 and 2011, its economy grew at the rate of Canada, France, Germany, Italy, Japan, the United Kingdom and the United States combined – and while we dither in the UK about where the next commercial airport capacity will be situated, around two-thirds of the world’s airports are being built in China, with 55 planned between 2013 and 2015!

Shanghai is China’s biggest city, with a population of over 22 million, according to the last National Population Census in 2010. While a significant number of residents still have insufficient income or interest in cruising, it was perhaps only a matter of time before a major international cruise line would announce year-round deployment from the city, as Royal Caribbean has done.

The fact that it is its newest and “shiniest” ship, Quantum of the Seas, does make it interesting. It goes against the traditional idea of growing “new to cruise” markets typically using older tonnage, and keeping the key markets fresh with the newest innovation hardware.

During last week’s announcement, Adam Goldstein, Royal Caribbean’s president and chief operating officer, said: “Every trend we are seeing in China tells us we can achieve real long-term competitive advantage and appealing returns on our investments in this fast-growing market by accelerating our presence there. We will have to be nimble, but the ability to move fast is one of our strengths.”

I agree! It comes from having – in my view – the strongest single international cruise brand in the world.

Meanwhile, analysis commissioned last year by the Asia Cruise Association predicts a market size in Asia by 2020 of 3.8m, of which China will be 1.7m – just below what the UK is today. Cruises are typically of short duration and to serve 3.8m cruisers on 5 night voyages, the region will need the equivalent of eighteen 3,000 berth ships sailing in the region year round. It is unlikely to stop there.

Where will they come from, and what of traditional core markets?

Well, Royal Caribbean points out that the ports of Florida (with ships sailing to the Caribbean – the most popular cruising destination), will be operating with record levels, while from New York passengers will have the chance to cruise on ships not previously deployed from there.

In the UK of course, we look forward to seeing Anthem of the Seas – Quantum’s sister-ship – sailing from Southampton after she is launched next year. Longer term however, we could see a general shift away from current core markets unless there is an acceleration of new-build activity.

For the remainder of this year, apart from Quantum, there are just three ships over 2000 berths being launched worldwide – for Princess, Costa and Tui in Germany. Next year there are five, in 2016 there are six and in 2017 there are so far just three. While this may increase, it is barely enough to cover the Asian growth over the next six years.

Therefore, the challenge is on for the industry in traditional markets to keep the product and marketing fresh, to drive value and deliver exceptional levels of customer service – and the same goes for the destinations the ships visit.

Looking even further ahead – once the Chinese have tried cruising at a local level, they will without doubt be cruising further afield and coming to Europe.

So while we sort out the runway problem, it would be a good idea to sort out the UK Visa situation at the same time.