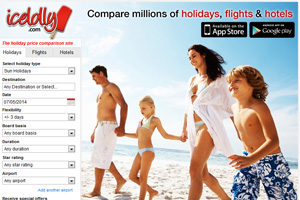 In a brief statement released today, the firm said Andrew Latham has been appointed as interim chief executive.

Advertisers were being told of the change in management yesterday ahead of the announcement being made public.

Icelolly relocated at the beginning of the year from its original base in Bradford to refitted offices in Leeds, with the intention of tapping into the local talent pool.

“The board would like to thank Dave for his contribution to the business during his tenure.

“Andrew Latham has joined as interim chief executive to lead the business. He has extensive experience leading large brands particularly in the hotels and leisure sector.”

Icelolly said it could not comment any further on the reasons behind Clayton’s departure.