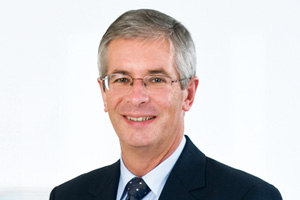 The Co-operative Group‘s longest-serving director Ben Reid has resigned after a weekend vote to reform its governance.

Reid, chief executive of Midcounties, the largest independent regional co-op, tendered his resignation from the Co-op Group board yesterday after 14 years – the fifth board member to stand down in two months.

He will remain as chief executive of Midcounties, which has extensive travel interests.

Reid had offered to leave the Co-op board in January, but Midcounties, which with 20 other co-ops owns around a fifth of the group, asked him stay on the board until the way forward for the movement was clear.

Representatives of the Co-op group’s eight million members voted unanimously to adopt the broad principles of reform at a weekend AGM, but a dispute remains about the implementation of changes, the Financial Times reported.

These include a slimmed-down board without guaranteed membership for independent co-ops.

Lord Myners, who drew up the plan for reforms to save the mutual, stepped down as a non-executive director at the weekend.

Lord Myners had attacked Reid for his three years on the Co-op bank audit committee, suggesting to MPs that he should have resigned. The group lost control of the bank last year after a £1.5 billion capital shortfall was identified.

Midcounties has fast-growing businesses in energy and child care, areas that Co-op group interim chief executive Richard Pennycook has said the group should explore, according to the FT.