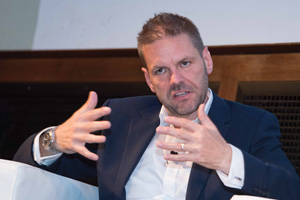 Cruise won’t be the travel sector to  show the most growth this year, according to delegates at Tuesday’s Barclays Travel Forum.

Just 4% of 300 senior members of the industry polled at the event tipped cruise to be the sector to show the greatest growth this year.

By contrast, 22% forecast all-inclusive bookings to increase the most and 21% long-haul holidays.

“The problem with the cruise industry is it’s very hard to differentiate between the brands,” he said.

“When we went into the recession  we had fixed inventory – you fall back on the things that fill your ships, and that was price.

“One of the key things in any marketplace is brands that can charge a premium. Cruise lines are working on how we can get that differentiation.

“The key thing now is trying to  target consumers who are indifferent  to cruising.”

Leven denied there was any truth in a recent report that Royal Caribbean was cutting commission by stealth by increasing non-commissionable items  in fares.

And he agreed with other speakers that there were opportunities for growth in all channels, including through high street travel agents, whom he saw “going from strength to strength”.

Andrew Botterill, UK chief executive of Stella Travel Services, which owns Travel 2 and Global Travel Group, said: “Travel 2 is 16% to 25% up over the last six months with the major consortia, which suggests there is a healthy market for independent agents. In the last 10 years there has been a seismic shift in the way agents are remunerated. They have to support business partners that are prepared to invest in them.”

Andy Washington, managing director of Expedia UK, said the company sells through third parties via its affiliate network and agent partnership because it wants to be wherever there is demand.